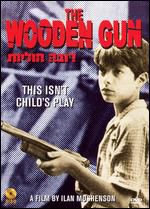 (91 mins) This Israeli film is set in the tense atmosphere of Tel Aviv in the 1950's and focuses on two rival groups of pre-teens whose behavior, motivated by their interpretations of the concepts of heroism, nationalism and friendship, raise hard questions. The film portrays first generation sabras (native-born Israelis), who are separated by a tremendous psychological gap from those who came to Israel from Europe, many of them Holocaust survivors.