Nuclear Issues in the Middle East and North Africa 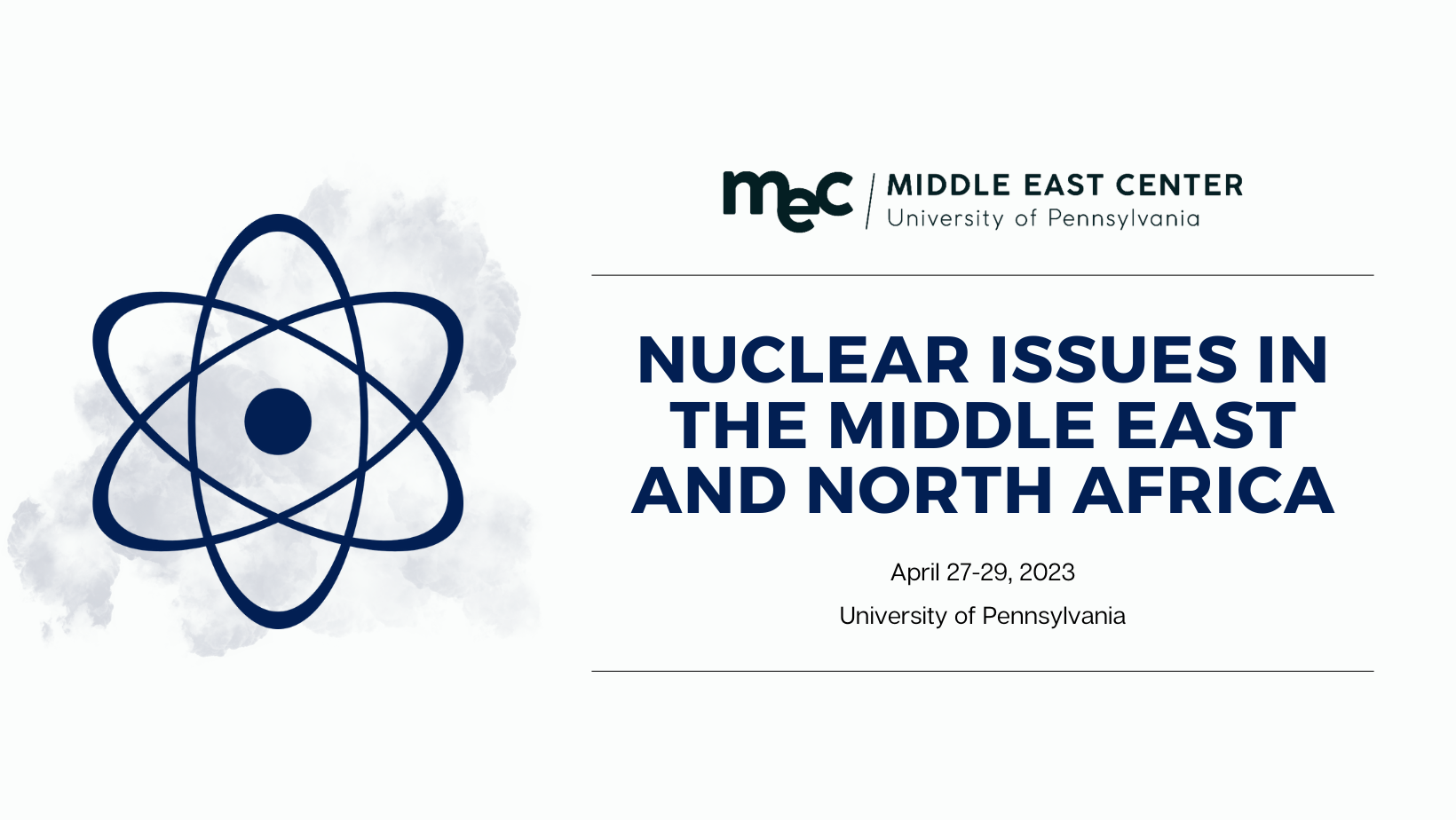 Nuclear Issues in the Middle East and North Africa

International Conference at the University of Pennsylvania’s Middle East Center

This three-day, international conference, which developed from conversations about regional nonproliferation policy, takes a wide view of Nuclear Issues in the Middle East and North Africa. It examines nuclear energy alongside nuclear weapons, and investigates the conceptual and material processes that enforce this divide. It broadens the regional scope to connect the Maghreb, the Levant, and further East, while also expanding the disciplinary purview to consider possible futures and trace historical roots. It explores ongoing changes in great power attitudes toward the region and the role of nuclear technologies in these shifts. At the same time, it takes seriously the perspectives of smaller states and non-state actors, featuring not only regional experts but also experts from the region itself. The first conference aiming to consider all aspects of the atomic age in the Middle East and North Africa, it incorporates a wide range of historical, political, diplomatic, cultural, and technological approaches to the question — reflecting the insights of scholars, policymakers, and practitioners alike.

Isabella Ginor & Gideon Remez: Military Intervention to Prevent an Adversary's Attainment of Nuclear Weapons: The USSR's Misadventure Against Israel in 1967 and its Lessons in Respect of Iran
Ian Lustick: Absence is Presence: An Oxymoronic Analysis of Israel's Nuclear Arsenal
Ludovica Castelli: The 'Villa in the Jungle' Paradigm: An Analysis of Israel's Nuclear Orientalist Discourse
Philipp Bleek: Why No Nukes on the Nile? Lessons from Egypt's Response to Israeli Proliferation

Li-Chen Sim & Mohamed Al Mansoori: Nuclear Energy in the United Arab Emirates: An Assessment of the Policy Process, Norm Adoption, and Stakeholders
Elizabeth Bishop: "Atoms for Peace" in Hashemite Iraq (1953-1958)
Heba Taha: The Beginning of a New Life: Reactors, Borders, and US Nuclear Diplomacy in the Arab-Israeli Conflict