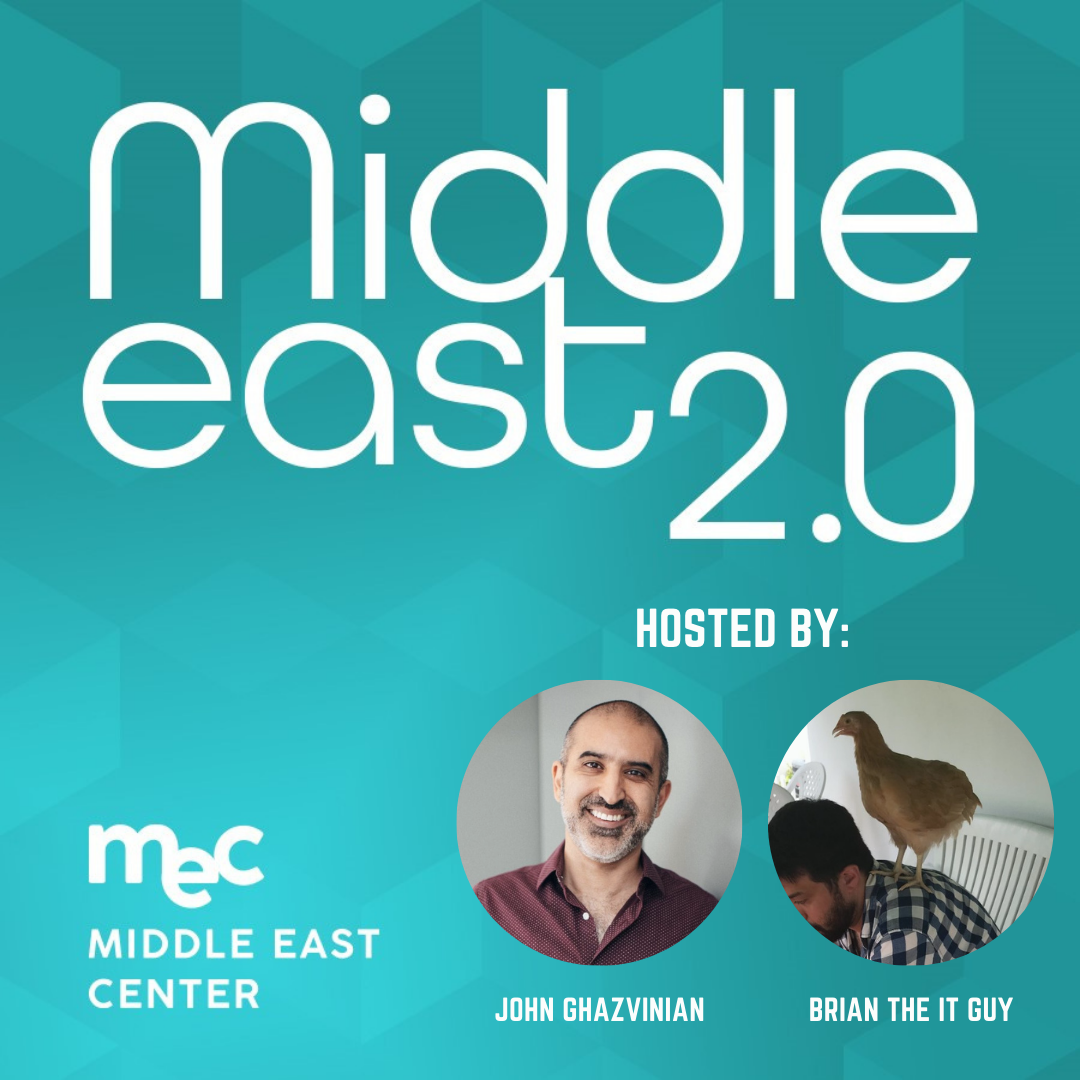 We are proud (is that the right word?) to announce “Middle East 2.0” — featuring our secret weapon, “Brian the IT Guy,” broadcasting from his garage at an undisclosed location in the suburbs of Philadelphia. Join us as we attempt to pick the brains of the world’s foremost authorities on the Middle East, with the occasional foray into the dark recesses of live tech support and the harsh realities of chicken ownership (yes, they live in his garage).

Sultan Sooud Al-Qassemi, founder of the renowned Barjeel Art Foundation in the United Arab Emirates, takes us on a journey through the fascinating, high-voltage landscape of Middle Eastern art in a very special summer edition of Middle East 2.0. Al-Qassemi will discuss his beginnings in the world of art, new artistic directions, and the importance of highlighting women artists in the region.

Join us as Elly Truit takes us into the weird and wonderful world of early Middle East tech -- from the first analog computer, to a mechanical wine servant, to a royal throne that could whiz up to the ceiling on command.

Penn's leading scholar of Arabic literature, Huda Fakhreddine, shares her thoughts on poetry, translation, orientalism, and the meaning of her father's poetic legacy.

The Middle East Center's new director, Harun Küçük, joins us for a very special edition of the podcast.

Penn Ph.D. candidate Dahlia El Zein explores the worlds of Senegalese soldiers and Syrian-Lebanese traders against the backdrop of French imperialism from 1920 to 1946.

Episode One - Muslims, Motorcycles, and Manuscripts
Click to play episode one!

Penn’s own Professor Jamal Elias takes us on a wide-ranging journey through Islamic iconography, visual art, trucks and motorcycles — and how he discovered a lost manuscript in the mountains of Tibet.