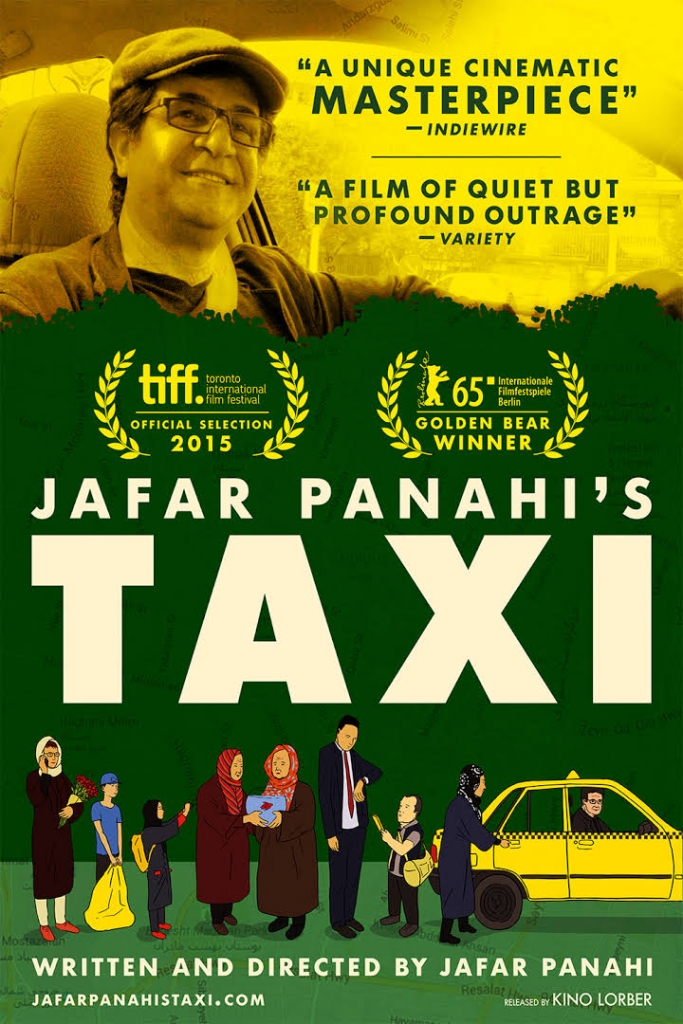 Internationally accalimed Iranian director Jafar Panahi (The Circle) has been officially banned from filmmaking since 2010. In a courageous act of artisitc and political definance he has made thre features since then: This is Not a Film (2010),  Closed Curtains (2013), and now Jafar Panahi's Taxi. In Taxi he drives a yellow cab through the vibrant streets of Tehran, picking up a diverse (and yet represenative) group of passengers in a single day. Each man, woman and child candidly expresses his or her own view on the world, while being interviewed by the curious and gracious driver/ director. His camera, placed on the dashboard of his mobile film studio, captures a spirited slice of Iranian society while also brillantly redefining the borders of comedy, drama, and cinema.