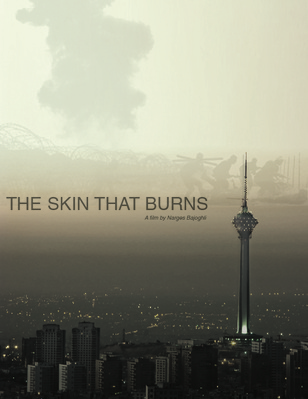 The Skin That Burns is the story of Iran’s volunteer soldiers who were exposed to chemical bombs during the Iran-Iraq War. The film follows veteran Ahmad Salimi, who is now legally blind and has scars throughout his body due to burns from exposure to chemical weapons over 20 years ago. His wife, who volunteered to marry a wounded veteran, is his strongest support.  From the numerous pills a day that Ahmad has to swallow to stay alive, to the inhalers he has to use to breathe, Ahmad’s story reveals the deadly affects of chemical bombs that are rarely talked about in modern warfare. This film is Ahmad’s story as he struggles to stay alive and fights for peace. The Skin That Burns explores questions surrounding the controversial issue of chemical warfare, families struggling with disability and illness, and the determination to live, despite it all.