Silences of the Palace 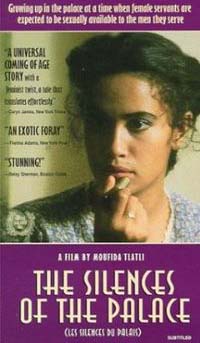 (127 mins) As represented in this film, the patriarchs of the French-supported Tunisian elite marry within their own class, but enjoy as concubines the women who serve the household and who live downstairs. In adolescence, Alia, the child of an upstairs-downstairs relationship, becomes increasingly aware of her own mother's predicament in this power dynamic without fully comprehending why she cannot escape from it. As an adult, Alia herself does not feel liberated, even by the musical talent which has given her a career; she must confront her own past--her upbringing in the downstairs palace--before she can come to terms with her mother's life and death, and thereby free herself. In this subtle, almost understated film, there is much that is conveyed without words: the silences are eloquent.

In Arabic and French with English subtitles.