Re-evaluation of Sinan through Hüseyin Anka 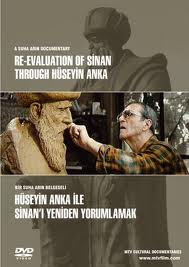 (40 mins) During the researches of Suha Arin and his team on Until Eternity, a booklet called "Tezkiret-ul Bunyan" of Sinan's memoirs was translated to modern Turkish. Meanwhile, a painting of Sinan was discovered by chance in one of the miniatures brought from a library found in Ireland. Consequently, new details on Sinan was acquired. "Re-evaluation of Sinan through Huseyin Anka" is the outcome of the searches of the director to answer new questions. In this documentary, Hüseyin Anka, a sculptor working on a mud bust, reinterprets step by step the fifty-year period in which Sinan was a chief designer.