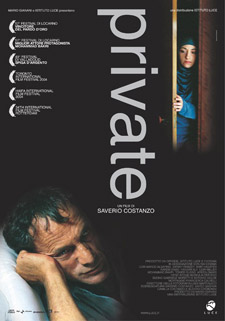 (90 mins) Mohammad, his wife and their five children live in a large, isolated house located mid-way between a Palestinian village and an Israeli settlement. Viewed as a strategic lookout point, the house is forcefully taken over by Israeli soldiers, who confine Mohammad and his family to a few downstairs rooms during the daytime and a single room at night. Against his wife’s wishes, Mohammad decides to keep the family together in the house until the soldiers move on, creating division among his kin and a precarious relationship with the soldiers.

In English, Hebrew and Arabic with English subtitles.