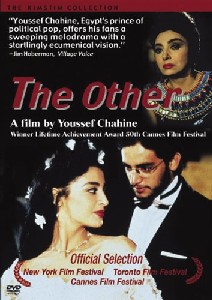 (101 mins) Love at first sight, marriage... Adam and Hanane are deeply infatuated with each other. She, an Egyptian of modest parents, is a journalist. She works for a campaign against a wealthy elite which has thrived by plundering its own people. In Egypt, corruption is everywhere and American interests are gaining control of the country's lucrative tourist trade. Adam's super-rich parents and their friends in government lie at the heart of the system. Margaret, Adam's mother, bears her son a violent and exclusive affection. She is determined to get rid of Hanane, her rival; but the love Adam bears his wife is proof against her scheming. Adam turns against the global economy of which his parents are such enthusiastic members; he sees through the unscrupulous greed of international speculators and the secret ties which bind them to fanatical fundamentalist sects. Hanane and Adam grow strong in their joint resistance, but the tribute they must pay the new world order is a heavy one.