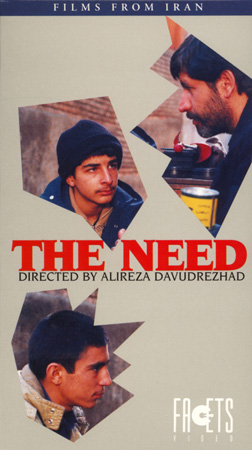 (81 mins) "One of those rare works in which the perfect rendering of simple elements produces a small, unforgettable masterpiece. The film's two main characters are boys poised between childhood and manhood. Both are poor. The boy through whose eyes we experience the drama has lost his father in the war and seems to have only the bleakest prospects until a relative finds him a choice apprentice's position in a print shop. There's a catch, though. Another boy coveting the same spot has also been taken on, with the proviso that after a trial period, the better of the two will get the job permanently. Thus begins a fierce if somewhat covert rivalry that results in workplace sabotage, fighting and then, very surprisingly, friendship. The exemplary, understated acting and Davudnezhad's elegantly spare direction produce a film as trenchant and moving as any neorealist classic." Godfrey, Cheshire, Film Comment.