Message, The: The Story of Islam 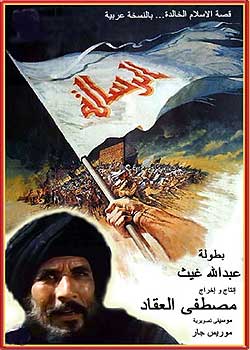 (172 mins + 45 min documentary) Set in 7th century Mecca, film portrays the beginnings of Islam. In Mecca powerful leaders are in conflict with Mohammed who attacks injustices in their way of life. Mohammed, after his vision of the Angel Gabriel calls to the people of Mecca to worship one God, not the 300 idols of the Holy Shrine, the Ka‘bah. The leaders of Mecca persecute and torture Mohammed and his followers who are forced to find sanctuary in Mecca. The Battle of Badr and Uhud are portrayed as well as the reentry of Mohammed's army to Mecca and the subsequent destruction of the idols or the Ka‘bah and the dedication of this holy place to the worship of one God. Accompanied by a documentary of the making of the film. (Cast: Anthony Quinn, Irene Papas)