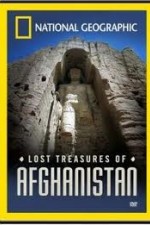 (56 minutes) During the last three decades, war and terrorism have devastated much of Afghanistan's rich cultural past. Two giant Buddha statues were blown up by the Taliban, gold and priceless archaeological artifacts disappeared, artworks were destroyed, historic films were burned. But many courageous Afghan people were determined to save their heritage. Join National Geographic as it highlights the efforts of heroic Afghans who have refused to allow their culture to be destroyed. Marvel at the priceless treasures that have re-emerged, and listen to the stories of people who risked death to defy extremists threatening to obliterate Afghanistan's past, and of others with deep roots in the country who can finally come home now that the conflict has subsided.