Life of Muhammad, The 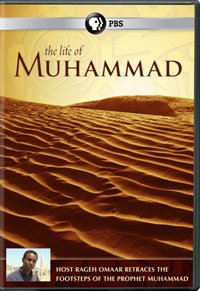 This is the extraordinary story of a man who, in little more than 20 years, changed the world forever. In a journey that is both literal and historical, host Rageh Omaar retraces the footsteps of the Prophet, from his humble beginnings in Mecca to his struggles with accepting his Prophetic role; from his flight to Medina to his subsequent military and political successes and failures-through to his death and his legacy. 1) The Seeker: This film examines Muhammad's birth and early life, his first marriage to Khadijah, and how he received the first of the revelations that so profoundly affected both his life and the lives of those closest to him. 2) Holy Wars: Omaar shines a light on key events in Muhammad's life, including the Night Journey to Jerusalem, his life-threatening departure from Mecca, the establishment of the Constitution of Medina that recognizes the rights of all people (Jews, Christians, and pagan tribes) living in that city, and the war with the Meccan tribes, with implications on the world today. 3) Holy Peace: The final film investigates key events during the later part of the Prophet's life, including the introduction of a moral code known as sharia and the concept of jihad, explores Muhammad's use of marriage to build alliances, and looks at the key messages included in his final sermon.
Copyright © 2021 The Trustees of the University of Pennsylvania
Report Accessibility Issues and Get Help
Penn WebLogin