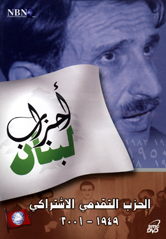 (180 mins) The Progressive Socialist Party was founded in 1949 by the respected Druze leader Kamal Joumblat. Due to its secular social justice platform, the party drew together disparate factions of the Lebanese populous and was able to claim 18,000 adherents in 1953. After the assassination of Joumblat in 1977, his son Walid took control of the party and steered it towards a more pro-Druze agenda. The Progressive Socialist Party continues to be the favored political party of the Druze and now has deputies in the Lebanese parliament. This is part of a series documenting six of Lebanon’s most influential and significant political parties, providing a comprehensive historical context for the parties, their founders, and members.