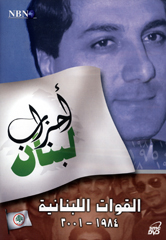 (180 mins) In 1976, under the leadership of Bashir Gemayel, several Christian militias united under the banner of The Lebanese Forces. Their goal was to combat the Syrian presence in Lebanon and to counterbalance the perceived threat of armed Palestinian forces within the borders. Gemayal maintained close ties with Israel, visiting the nation on several occasions. It is also widely believed that he accepted military supplies and training from Israel. The Lebanese Forces received their official party license in the 1990s, but it was later revoked and the party eventually dissolved. This is part of a series documenting six of Lebanon’s most influential and significant political parties, providing a comprehensive historical context for the parties, their founders, and members.