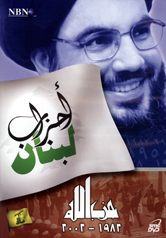 (180 mins) Hezbollah (The Party of God) emerged in 1982 as a guerilla resistance army fighting against the Israeli occupation of southern Lebanon. Though primarily Shiite, the party has drawn support from a broad range of organizations both religious and political; its primary appeal was to the disenfranchised Shiite youth in Lebanon. Hezbollah has relied on the Iranian government for military and monetary aid and was added to the US State Department’s list of international terrorist groups in 1997. The party has since gained political legitimacy in Lebanon, holds parliamentary seats, while its civilian branch runs schools, orphanages and a television station. This is part of a series documenting six of Lebanon’s most influential and significant political parties, providing a comprehensive historical context for the parties, their founders, and members.