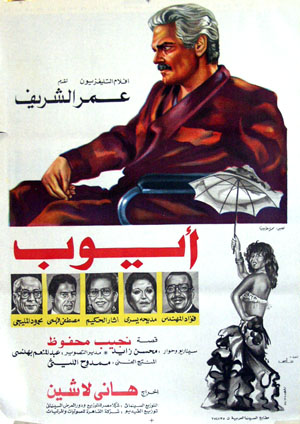 (110 mins) A wealthy Egyptian builder is struck by a debilitating disease just as he is about to start work on a huge project. His son assumes control of the company and starts relations with an adversary whom the father distrusts. His socially conscious wife becomes over-protective and shrewish. His daughter is the most understanding of his family as is a close friend from his University days, a doctor in public hospitals. As a wealthy man who has kept hidden some tawdry secrets of his rise to wealth Omar Shariff gives a fine, low-keyed performance. The illness he suffers makes him more reflective about his life and successes. Slowly, as he recovers, he decides to publish his diary as proof to himself of his transformation -- as a means of cleansing himself regardless of how it affects those around him.