Jihad for Love, A 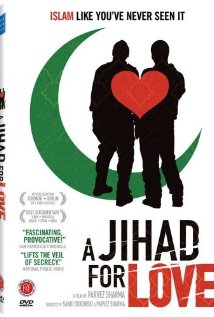 (81 minutes) Fourteen centuries after the revelation of the holy Qur'an to the Prophet Muhammad, Islam today is the world's second largest and fastest growing religion. Muslim gay filmmaker Parvez Sharma travels the many worlds of this dynamic faith, discovering the stories of its most unlikely storytellers: lesbian and gay Muslims.Produced by Sandi DuBowski (Trembling Before G-d) and Sharma, A Jihad for Love was filmed in 12 countries and 9 languages and comes from the heart of Islam. Looking beyond a hostile and war-torn present, it reclaims the Islamic concept of a greater Jihad, whose true meaning is akin to 'an inner struggle' or 'to strive in the path of God' - allowing its remarkable subjects to move beyond the narrow concept of Jihad as holy war.