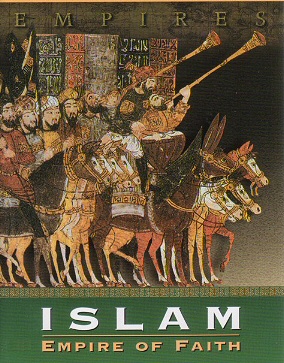 (163 mins) Between the fall of Rome and the European voyages of discovery, few events were more significant than the rise of Islam. Within a few centuries, the Islamic empires blossomed, projecting their power from Africa to the East Indies, and from Spain to India. Inspired by the words of the Prophet Muhammed, and led by caliphs and sultans, this political and religious expansion remains unequalled in speed, geographic size and endurance. This DVD tells the spectacular story of the great sweep of Islamic power and faith during the first 1000 years - from the birth of the Prophet Muhammed to the peak of the Ottoman Empire under the reign of Suleyman the Magnificent. Historical reenactments and a remarkable exposition of Islamic art, artifacts, and architecture are combined with interviews of scholars from around the world to recount the rise and importance of early Islamic civilization. Increasingly, scholars and historians are recognizing the profound impact that Islamic civilization has had on Western culture and the course of world history.