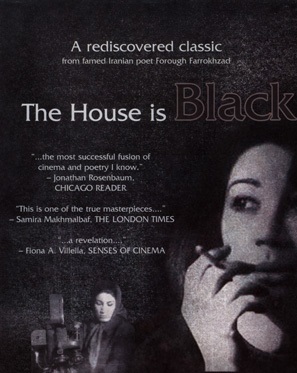 This haunting film about the leprosy colony in Tabriz, Iran is a compassionaye portrait of forgotten people. Straightforward yet sympathetic, The House is Black affords dignity to its subjects, particulary through Farrokhzad's striking poem read in voice-over by the poet herself. Farrokhzad's voice as a poet has inspired such internationally renowned directors as Chris Marker and Bernardo Bertolucci.