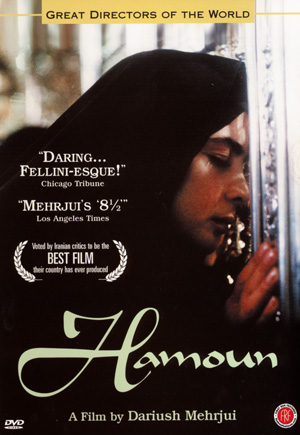 (117 mins) Hamoun is a psychological comedy/drama about a bumbling Iranian intellectual, Hamid Hamoun. Trying and failing to complete a philosophical tract on love, Hamoun cannot seem to convince his wife Mashid, who is a successful artist, to love him either. Hamoun’s refusal to accept reality, or grant Mashid a divorce, is both character study and metaphor for a condition of modern urban life in Iran. In 1997, a survey of Iranian film critics voted Hamoun as the best Iranian film ever made, an honor previously held by Mehrjui’s The Cow.