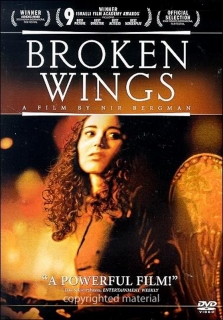 (82 mins) This is a realistic drama that takes place in a middle-class Israeli neighborhood and involves the Ulman family - Dafna and her four children. The father has recently died under trivial circumstances and his death has left the family hurting, and in economic straits. It is the beginning of September, the first day of school. In most families this occasion generates excitement; for the Ulmans it produces one crisis after the other. As the day starts their stories develop and intertwine. The five-year-old girl suffers from feelings of abandonment, the ten-year-old boy tries to break the world record in the free jump (into an empty swimming pool), the teenage boy has quit school and works handing out flyers disguised as a mouse. The two women try to function as mothers. One of them, however, is herself only 17 years old.