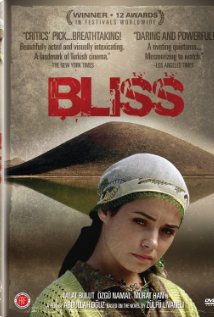 (105 minutes) When a young woman named Meryem (Özgü Namal) is raped, her village custom requires that she be killed in order for the dishonour to be expunged from her family. A young man named Cemal (Murat Han), the son of the village leader, is given the task but at the last moment he has doubts. The pair go on the run, followed close behind by local thugs intent on killing the girl. Luckily enough, Cemal and Meryem meet up with a charismatic man named Irfan, an ex-university professor who is embarking on a sailing trip, and needs a crew. Seems Irfan is running away too--in his case from a dead marriage and an empty life. Together this unlikely trio set forth on a voyage that will change all of their lives. Adapted from Zülfü Livaneli's international best-selling novel, director Abdullah Oguz's drama is filled with intensity, vivid cultural clash, fine music and some absolutely stunning scenery (the film was shot on the Sea of Marmara). But ultimately it is the figure of Meryem, a young woman struggling to live in a culture that condones the practice of female honour killings, that gives the film its heart. Meryem's decision to live, and ultimately, to enjoy her life is the quiet revolution that ignites the entire story.