Armenians: A Story of Survival, The 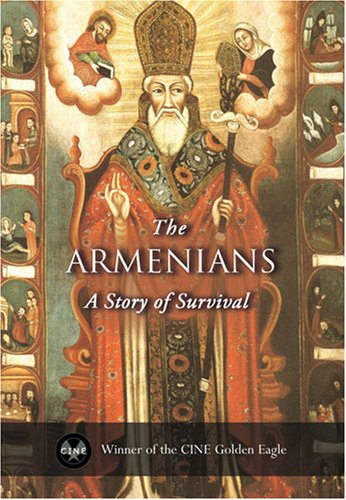 (90 minutes) In 301 A.D. Armenia became the first nation on earth to adopt Christianity. This documentary explores the journey and struggle of the Armenia people - from their humble beginnings near the Middle East where they were identified only by their different language, through their Christian conversion in 301; from countless wars to defend their faith, to domination by numerous empires. And finally, from near elimination during the first Genocide of the 20th century to the birth of the Armenian nation. Narrated by Olympia Dukakis, this show includes interviews with such scholars and writers as Elie Wiesel (Nobel Peace Prize laureate), Dr. Robert J. Lifton (author of The Nazi Doctors) and Peter Balakin (author of Black Dog of Fate). In addition, the Head of the Armenian Church, Catholicos Karekin II, and the President of Armenia, Robert Kocharian are also interviewed. Shot in twelve countries from Azerbaijan to Iran to the U.S., the show details Armenian identity and language; Armenian's war with neighboring Azerbaijan over the disputed Karabagh region; a close look at the Armenian Genocide; a survey of the Armenian Diaspora; and a look from present to future.