Middle East: The Birth of Nations 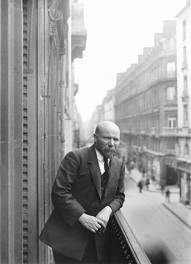 Middle East: The Birth of Nations -- Albert Kahn's Archive of the Planet

(52 mins) No sooner had Europe declared an end to its Great War than the seeds of new conflict were sown -- in the dismemberment of the Ottoman Empire. With typical global awareness, French photography patron and archivist Albert Kahn chose to document the historic changes occuring in the Middle East. This program traces his team's expeditions into Turkey, Syria, Lebanon, and Palestine as Western powers redrew the map of the region. The French takeover of Syria, the Balfour Declaration, and Turkey's war with Greece come to life in Kahn's street-level films and autochromes -- which also serve as reminders that Jerusalem, like many other Middle East locations, suffered greatly during World War I.

Part of the series "The Wonderful World of Albert Kahn."