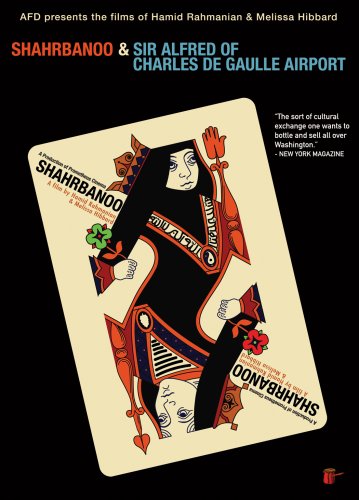 Shahrbanoo (2002, 57 mins) Shahrbanoo is an unlikely story: An American woman, Melissa, visits her new husband's family - which happens to live in one of the poorest neighborhoods in Tehran. Melissa is befriended by Shahrbanoo who has been moonlighting as her mother-in-law's housekeeper for more than a quarter of a century without the knowledge of Shahrbanoo's own family. Shahrbanoo invites Melissa to a family gathering where she is treated to an intense cultural exchange about subjects ranging from women's place in society to American foreign policy.

Sir Alfred of Charles de Gaulle Airport (2001, 29 mins) Mehran Karemi Nasseri, who now goes by the name Sir Alfred, has been living in the Charles de Gaulle Airport in Paris for the past twelve years. Dubbed "the strangest case in immigration history," Sir Alfred has been waiting for the document that will allow him to leave France. Unlike the story that has been told in the world press of a man trapped in the underground terminals of an airport, this thoughtful documentary examines the life of a man whose only aspiration is to be somebody else. Inspiration for Spielberg's "The Terminal."