Selves and Others: A Portrait of Edward Said 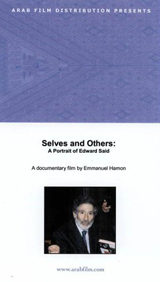 (54 mins) Known as one of America’s great contemporary intellectuals and a prominent spokesperson for the Palestinian cause in the US, Said died in September, 2003, at the age of 67.  Shortly before his death, a French film crew spent several weeks with him and his family. The result is Selves and Others, an intimate documentary that offers a glimpse at some of Said’s final reflections on the themes that dominated his work.