Road to Love, The (Tarik Al-Hob) 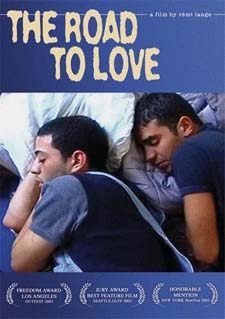 (70 mins) Slow-burning and smart, French director Remi Lange's The Road to Love is a romantic tale of self discovery that also offers a fascinating historical take on homosexuality in northern Africa. French-Algerian sociology student Karim is having trouble finding interviewees for his term project, a video documentary on homosexual relationships in Islamic cultures. As his research progresses he meets Farid, a handsome flight attendant. In Farid, Karim believes he has found an ideal subject for his film...but he soon begins to admire more than just Farid's insight. When Karim learns that some cultures have accepted and encouraged same-sex unions, he finally begins to face his own sexuality. Set in scenic locales from Paris to Marseilles to Marrakech, The Road to Love is a shrewd and honest tale of desire.

In French and Arabic with English subtitles.