Lawrence of Arabia: The Battle for the Arab World 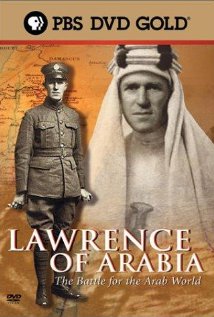 (120 minutes)
The British Army Officer's role in unifying the Arab tribes in their fight against the Turks during World War I endeared him to a generation of Bedouins, but also set in motion a chain of events that Lawrence would be powerless to stop - events that would profoundly shape Arab-Western relations for generations to come.
Born to unmarried parents in the strict and censorious nineteenth century, Lawrence was embarrassed by the stigma of illegitimacy. He spend most of his childhood alone, strving for physical and academic achievement. At Oxford, his passion for medieval history leads to an expedition to study the great crusader castles of Syria, where he gains invaluable knowledge of the Arabs. While employed as an archaeologist, he is recruited by British intelligence to monitor Turkish activities. He also befriends an Arab who will deeply influence his views towards Arabs and their cause. After World War I begins, Lawrence becomes an intelligence officer in the British Army. His mission is to gather information about an Arab Revolt planned against Turkish rulers. In return for a promise guaranteeing their independence, the Arabs join the war on the British side. But a secret agreement between the British and French will renege on the promise and shatter the dream. Torn by conflicting loyalties, Lawrence continues to assist the Arabs, becoming more deeply entrenched in their fight. Against all odds, he leads them in a daring attack on the Turkish port of Aqaba. It takes them utterly by surprise and is a stunning success. The victory is a turning point for Lawrence, the Arabs, and the British.