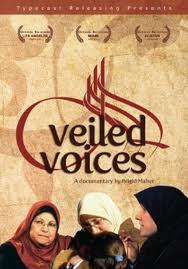 (59 mins) Women across the Middle East are trying to reclaim their role as leaders in Islam.  Veiled Voices goes in-depth into the world of three Muslim women religious leaders, who say women were always mean to be powerful within their religion.

Filmed over the course of two years in Lebanon, Syria and Egypt, Veiled Voices reveals a world rarely documented, exploring both the public and private lives of these luminary women.  Each triumphs over difficult challenges as they carve out a space to lead both in Islam and their communities.