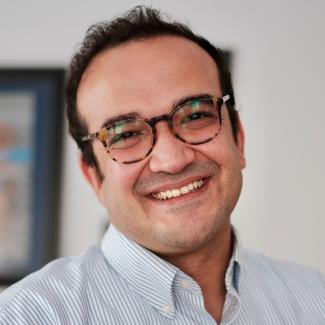 It is with a tremendous feeling of honor, excitement and pleasure that we introduce to you our new director — Dr. Harun Küçük, Associate Professor in the Department of History and Sociology of Science — who will be assuming the leadership of the Center on July 1, 2021.

Dr. Küçük is a historian of early modern Ottoman science, whose ground-breaking scholarship draws on a wide range of sources and registers, from the Ottoman medical marketplace to minting practices, and from natural philosophy to gunpowder recipes. His 2019 book, Science without Leisure: Practical Naturalism in Istanbul, 1660-1732, outlined the process of professionalization and bureaucratization of science in the early modern Ottoman Empire, exploring the relationship between monetary inflation and natural knowledge. He is currently working on a book about the long-term relationship between science and monetary capital. He is also part of the ERC-funded project “Geographies and Histories of the Ottoman Supernatural Tradition Exploring Magic, the Marvelous, and the Strange in Ottoman Mentalities.” Together with Oscar Aguirre-Mandujano, he is co-editing a primary source reader on Ottoman science.

"It is a pleasure to be joining Penn’s Middle East Center as Director at an exciting time in its history. I am looking forward, first and foremost, to maintaining the Center’s long-standing excellence. Over more than half a century, the Center has developed many layers of programming that serve Penn and the wider public. Helping the center keep doing what it is already doing so well will be my priority. I am both humbled and honored to step into these big shoes. Penn also has a very large and lively group of Middle East specialists. It is going to be hard work to deploy our resources in a way that helps my distinguished (and fun) colleagues in the best possible way. As a member of Penn’s emerging community of Ottomanists, I am also excited to expand our programming on the Ottoman Empire and modern Turkey. Last but not least, it is going to be an absolute joy to work with John Ghazvinian, Ibrahim Bakri and Kristen Ramsey. Exciting times lie ahead for me."