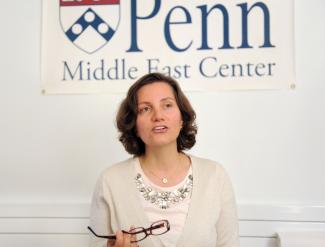 Born in Tehran, Firoozeh Kashani-Sabet, the Robert I. Williams Term Professor of History in the School of Arts and Sciences, spent the first part of her life in Iran during the reign of the shah, and was an eyewitness as events unfolded during the 1979 Iranian Revolution that removed the shah from power and gave rise to the Ayatollah Khomeini.

She stayed in Iran through the start of the Iran-Iraq War, then lived in France for a year before moving to the United States.

The interview can be watched at the following link: