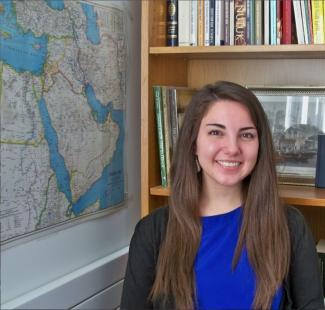 Autumn Patterson, a senior Political Science major at the University of Pennsylvania, has been named the winner of the Middle East Center’s 2013 Undergraduate Essay Contest. Her composition, entitled All that Glitters is Not Gold: The Fate of Regime Change in Tunisia, Egypt, and Syria, examined the persistence of authoritarianism in these nations since the 2011 Arab Spring. Autumn is presently a research assistant for a book that explores the relationship between India and the United States. She possesses proficiency in Spanish, Turkish, Azerbaijani, and Pashto languages and was recently awarded a Thomas R. Pickering Undergraduate Foreign Affairs Fellowship. Upon completion of a graduate degree in the Department of Near Eastern Studies at Princeton University, Autumn will join the Foreign Service of the United States.