Write Down, I am an Arab 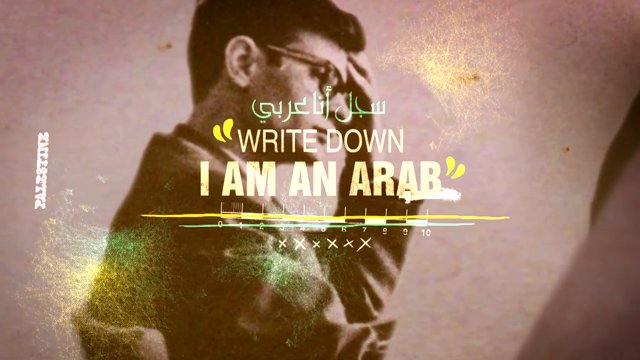 (73 minutes) “Write Down, I am an Arab” tells the story of Mahmoud Darwish, the Palestinian national poet and one of the most influential writers of the Arab world. His writing shaped Palestinian identity and helped galvanize generations of Palestinians to their cause. Born in the Galilee, Darwish’s family fled during the 1948 Arab-Israeli War and returned a few years later to a ruined homeland. These early experiences would provide the foundation for a writing career that would come to define an entire nation.

Like other Palestinian citizens of Israel at the time, Mahmoud Darwish grew up under military law that prevented freedom of movement. In 1964 his defiant poem, “Write Down,  I am an Arab”, lands him in prison and turns him into an icon of the Arab world. At the same time, he meets and falls in love with Tamar Ben-Ami, a young Jewish-Israeli. He sends her intimate love letters in Hebrew which she keeps secret for decades. The affair ends when Tamar joins the army.

Darwish leaves Israel in the 1970s, moving to Beirut just before the outbreak of the civil war, where he connects with the PLO leadership and becomes speech writer and confidant to Yasir Arafat. He returns to Palestine in 1995 after years of exile and continues to be the biting and powerful voice of the Palestinian people until his death in 2008.