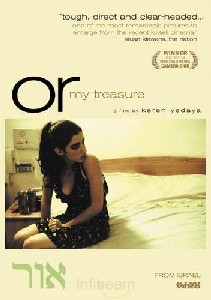 (100 mins) Winner of the 2004 Cannes Film Festival Camera D’Or for best debut film, Keren Yedaya’s directorial debut combines uncompromising realism with compassionate storytelling. A harrowing urban chronicle and a subtle coming of age journey, Or tells the story of a high school student, Or, and her mother, an aging prostitute (played by Ronit Elkabetz of A Late Marriage). Or is a truly modern tragedy that plays out inside dark apartment blocks, under cold neon lights and in shadowy back alleys. The film captures the intimacy of a daughter-mother relationship, sidestepping preachy social outrage and knee jerk moralizing, while savagely indicting street prostitution as the degrading modern-day slavery that it is.