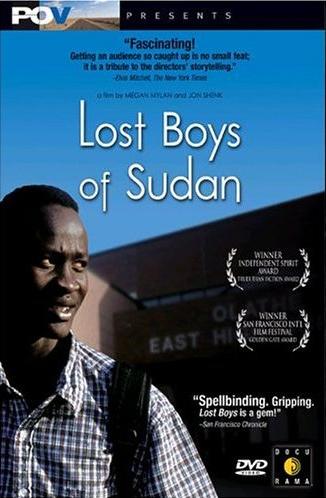 (87 mins) Filmmakers Megan Mylan and Jon Shenk follow two teenage Sudanese refugees on an extraordinary journey from Africa to America. In the late 80s, Islamic fundamentalists in Sudan waged war on the country’s separatists, leaving behind over 20,000 male orphans, otherwise known as “lost boys.” Of the survivors who found their way to refugee camps, some were chosen to participate in a resettlement program in America. The “Lost Boys of Sudan” narrate their story in real-time, without the use of voice-over narration, during their first year in the US. Winner of the Truer Than Fiction Independent Spirit Award and the Golden Gate Award at the San Francisco International Film Festival, this film offers a gripping and sobering peek into the myth of the American dream.