Hijacking Catastrophe: 9/11, Fear and the Selling of American Empire 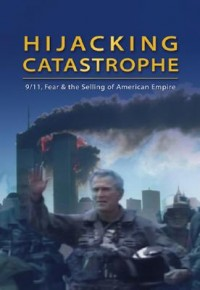 (64 mins + 121 mins additional footage) Hijacking Catastrophe: 9/11, Fear & the Selling of American Empire examines how a radical fringe of the Republican Party has used the trauma of the 9/11 terror attacks to advance a pre-existing agenda to radically transform American foreign policy while rolling back civil liberties and social programs at home. The documentary places the Bush Administration's false justifications for war in Iraq within the larger context of a two-decade struggle by neoconservatives to dramatically increase military spending in the wake of the Cold War, and to expand American power globally by means of military force. At the same time, the documentary argues that the Bush Administration has sold this radical and controversial plan for aggressive American military intervention by deliberately manipulating intelligence, political imagery, and the fears of the American people after 9/11. Narrated by Julian Bond, Hijacking Catastrophe features interviews with more than twenty prominent political observers.