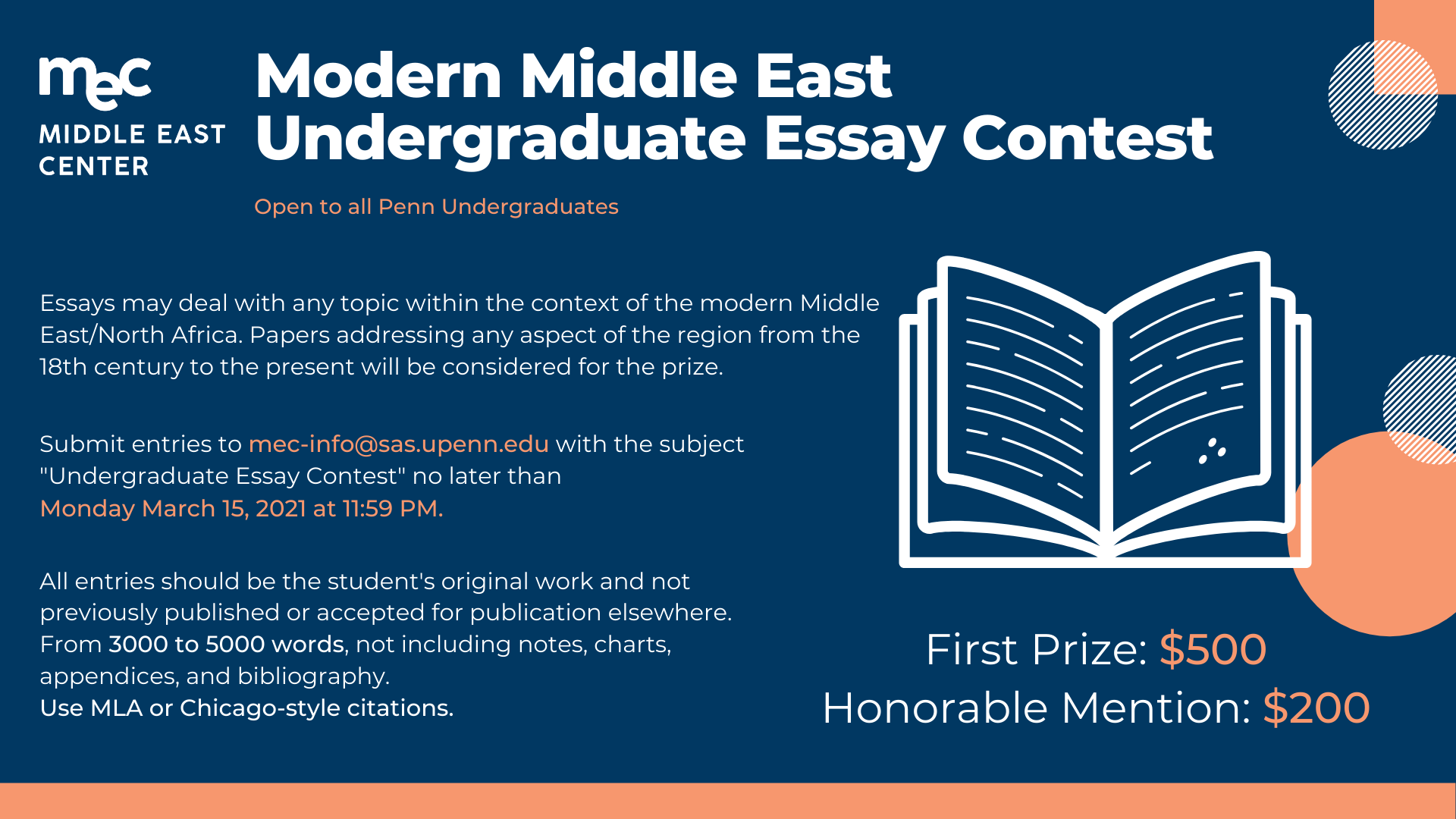 The Middle Center (MEC) at the University of Pennsylvania is now accepting submissions for our 2021 Essay Contest. The competition is open to all current Penn undergraduates. Essays may deal with any topic within the context of the modern Middle East/North Africa. Papers addressing any aspect of the region from the late 18th century to present will be considered for the prize. All entries should be the student’s original work and not previously published or accepted for publication elsewhere.

There will be a first place prize of $500 awarded to the winner. The Center will also award one honorable mention prize of $200.

Please submit entries to mec-info@sas.upenn.edu with the subject, “Undergraduate Essay Contest,” no later than Monday, March 15, 2021 by 11:59 p.m. Essays should range from 3000 to 5000 words, not including notes, charts, appendices and bibliography. Please use MLA or Chicago-style citations when submitting papers.